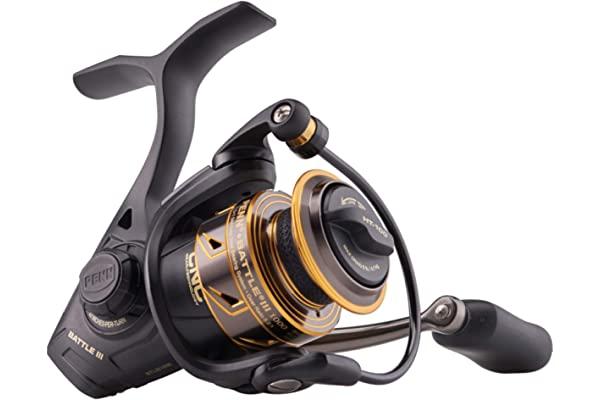 In order to maintain the performance and durability of your fishing reels, regularly wash it in freshwater and lubricate it with corrosion-resistant lubricant. Cleaning should also be carried out regularly, especially if you’re an angler who fishes mostly in freshwater. The best lubricants for fishing reels are those that are made for freshwater fishing, so they won’t rust.

You can choose from a huge variety of fishing reels, whether it’s a spinning Penn reel or something else. Here we give you a rundown on the different types of reels.

Spinning fishing reels are easy to use. To cast with them, hold the rod with your dominant hand and pinch the line between your fingers. Then flip the bail to open or close, and turn the handle as if you were reeling. Ideally, an automatic closing system will engage, but you can also manually close the bail.

Higher-end spinning fishing reels will have multiple bearings in the drive system to reduce friction on the spool. This will improve retrieval and casting. Most spinning reels will also have a drag system that will adjust how much resistance your line experiences as it runs down the spool. Depending on how fast you’re reeling, the drag system is vital to keeping your fish on the line.

When shopping for spinning-fishing reels, you’ll find that they come in a variety of styles and price points. Some of the more popular models have reversible handles that can be easily removed. You’ll also find spinning reels with full-metal bodies. These types of reels have high-quality bearings and are very durable.

Baitcasting reels come in a variety of styles. Most of them feature an aluminum spool. Higher-end models often feature forged aluminum spools, which are more rigid and scratch-resistant. Lower-priced models tend to use die-cast aluminum spools. Drilled spools are lighter and easier to stop spinning. Some are also equipped with ceramic or titanium-line guides.

Baitcasting reels allow precise casting of lures, and they also feature a dialed-in drag resistance. The drawback of these reels is that you must consistently thumb the spool as the line flows out. If you fail to do this, you risk creating a backlash bird’s nest of tangled line.

Another difference between spinning and baitcasting reels is the type of bail action. A spinning reel may have a magnetic bail or centrifugal brake. Using these features will help reduce backlash, a problem caused by angular momentum between the spool and line.

Shimano has a few models of baitcasting reels to choose from. The popular Chronarch MGL has a magnumlite spool and 11 lbs. of drag, but it is not recommended for saltwater fishing. The Daiwa Type-R is another great choice. It packs on more line than Lew’s LFS and is more durable. If you’re a bass fisherman, you may want to consider one of these models.

Unlike traditional reels, baitcasting reels have adjustable spool speed. Some of them even have a spool tension knob, so you can fine-tune the reel to match the weight of your lure.

Fixed-spool fly reels for fishing feature multiple spools, which can be sized for various line capacities. Depending on the manufacturer, some reels may have as many as ten spools. The spool in a fixed-spool reel is shaped like a cylinder and is often shallower than the spool in other reels. This helps reduce friction, which in turn decreases casting distance. For this reason, it’s important to choose a reel that has a shallow spool and is not overfilled. Also, light line will reduce the amount of friction generated, while thicker line will reduce the distance traveled.

Another feature of fixed-spool reels is that their spools are made of either aluminum or graphite. Aluminum spools are usually stronger than graphite, which is used for spinning lures. Some models have thumb bars and external adjustable brakes, which help to decrease their weight.

Some fly fishing reels also have a drag system or a clicker. These features are designed for rivers, lakes, and saltwater fishing. While these reels may be more expensive, they can last a lifetime if cared for properly. Some even come with lifetime warranties.

Fixed-spool fly reels are best for fishing with smaller spinning rods. These reels can accommodate 330 meters of 30-lb line and are made with six ball bearings and a saltwater-resistant construction. Some sellers also include a braid or monofilament spool, which means you can easily change the type of line you’re using.